Born in Treherbert, Wales, Keri Davies is a producer and writer, best known for his work on BBC radio soap opera The Archers. Keri was formerly the show’s senior producer but since 2003, he has been a scriptwriter.

Keri is also involved in putting together the ever-popular Official The Archers Calendar! As well as sourcing some of the smaller Archers portrait photos, Keri’s main role is to write the copy that accompanies each month – which among other things means adapting and testing the recipes! 😉

We asked Keri the following questions:

1. How long have you been a scriptwriter for The Archers?

I’ve written scripts for The Archers since 2003. Before that I was the programme’s Senior Producer and subsequently its Web Producer. I’ve been working on the programme in various capacities since 1992.

2. Who is your favourite character?

This is a really difficult one, as there are so many wonderful characters in The Archers. I do like to write comedy, so it’s great to have characters that can carry that off, like Jazzer McCreary, Brian Aldridge, Lynda Snell, Susan Carter, Eddie Grundy, Joe Grundy… I could go on – but I won’t.

3. What has been your favourite plotline?

I’m going to go back to well before I worked on The Archers, to my early days as a listener. Young Shula Archer (now Hebden-Lloyd) and her boyfriend Nigel Pargetter got up to all sorts of scrapes – including Nigel illegally driving away a car because he thought it was Shula’s. It was great fun to listen to, and it started me on a habit which became a lifetime’s pleasure – and a quarter century of work, too.

4. What is the best part of your job?

Knowing that what I do affects people – it moves them, cheers them up – and sometimes, as with our recent story of domestic abuse, it can shed a light on real-life issues.

5. What do you like to do when you’re not working on The Archers?

Music and dancing. I sing in a choir, play drums and various other instruments and am always up for a dance. Recently I’ve been learning swing dancing.

Ranging from Marvel’s hit films Guardians of the Galaxy Volume II, Spider-man Homecoming and Thor: Ragnarok through to DC Comic’s popular Wonder Woman and Justice League (released in UK Cinemas today!) 2017 has certainly been a great year for  superhero movies.

And now you can spend all of next year with your favourite heroes with the Official 2018 Calendars and Diaries. The ideal way to stay organised at home or at the office PLUS you receive FREE UK Delivery when you order from Danilo.com website.

See below for our great selection of Official 2018 Calendars and Diaries and don’t forget to enter our Superhero Competition on Facebook, Twitter or Instagram by Monday 20th November 🙂

HAVE FUN ALL YEAR ROUND WITH DESPICABLE ME 3… 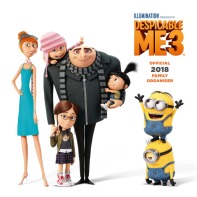 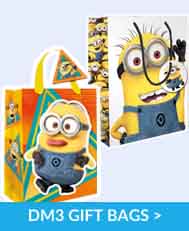 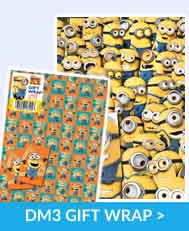 To celebrate this minion madness, we’ve got some ….

Fantastic FREE Despicable Me 3 Activity Sheets which you can download / print now!

The perfect way to keep any minions fans amused!  🙂

To celebrate our Fantastic NEW Official 2018 Football Calendars and Diaries coming into stock, we have a great new competition to WIN some Fab Football Team Goodies including

All you have to do is answer the football themed question plus enter your details on our competition page before midnight on Sunday 19th November 2017! 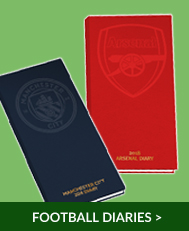